If you want a valuable 88-key piano to invest on, you should get the Yamaha YDP163.

This particular digital piano has excellent features and functions. Its capabilities have been drastically increased since the release of its predecessor, the Yamaha YDP162.

The performance of the Yamaha YDP163 is worth noticing upon. It can replicate the nuances of a real acoustic piano. It doesn't sound flavored, and it doesn't miss any voice or notes.

This digital piano is simply the epitome of beauty and excellence. If you want to learn more about this keyboard, better read this Yamaha YDP163 review.

But before we go to the specifics, let us highlight the essential things that you should learn about digital pianos. In this way, you will be able to find the right model that can suit your needs and skill level. Here are they! 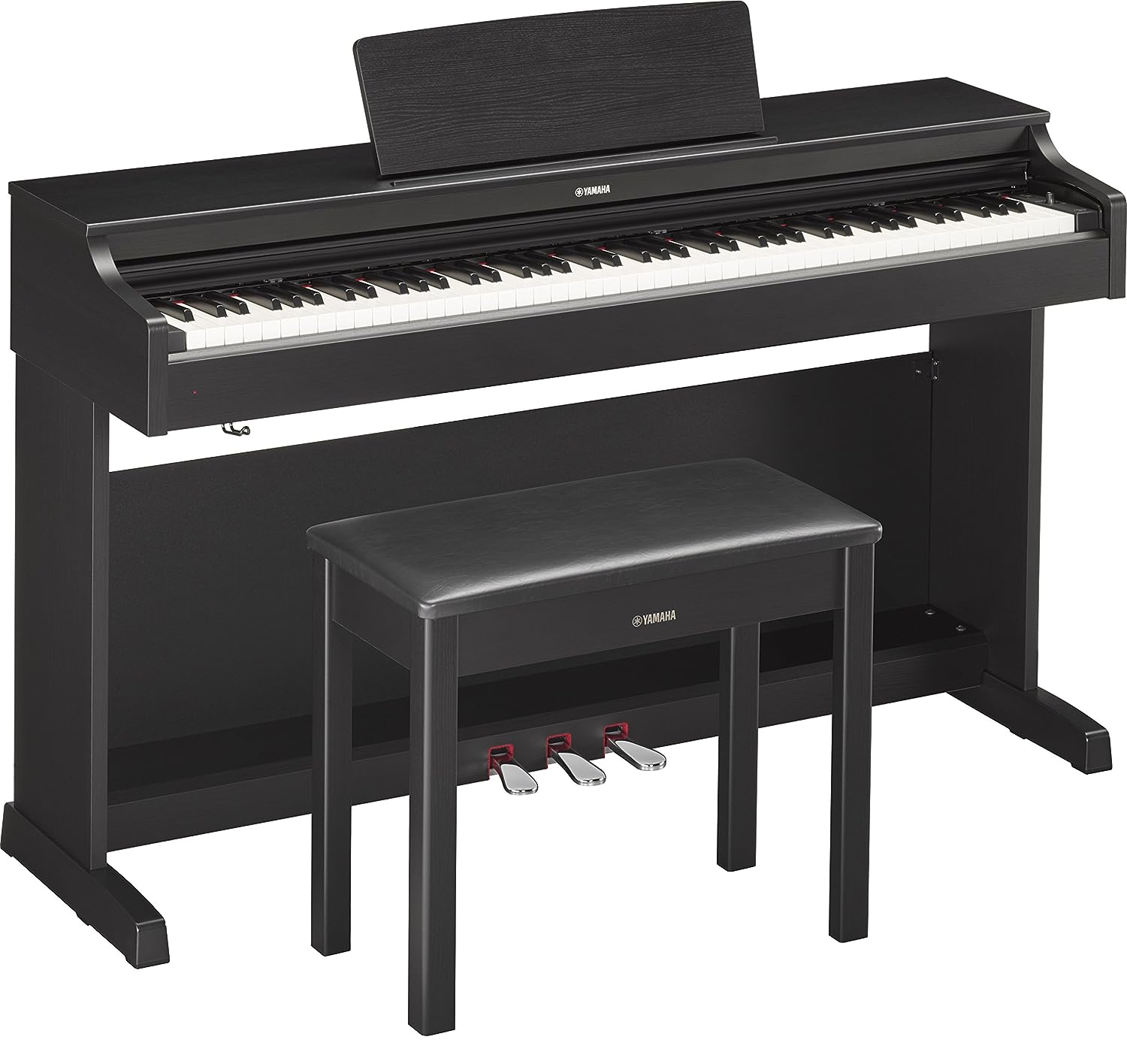 If we are talking about quality, the Yamaha YDP163 can quickly take the limelight. This digital piano is one of the finest digital pianos that Yamaha has ever released, alongside with YDP162 and YDP181.

It has great features such as extra sensitivity in its keys and Bluetooth connectivity. Therefore, you can already connect this instrument to any external devices like your computer.

Noticeably, the YDP163 has lower power consumption compared to its predecessors. It is an impressive feat, especially if you are playing for extended periods.

Despite this, the strength of the piano is still impeccable. The boost on its speaker set is something that will certainly love.

With this capability, you can play any complex passages relentlessly. You can explore complex notes and passages without any hindrances.

Of course, you will think that this feature alone would make this digital piano as an expensive choice. But it is not. In fact, it is still has a reasonable price that anyone would dig in!

The sampling of the Yamaha YDP163 is almost unparalleled. Combined with its CF Engine, this digital piano can produce realistic three grand piano sounds. Aside from it, it can also replicate sounds from instruments like strings, organ, and harpsichord.

Moreover, the piano also offers a layer function. This particular feature allows you to integrate distinct voices into one.

In this way, you can create compelling sound in any music that you are playing. Since it got a 20W speaker system, its audio production is distinct, clear, and reliable.

The Yamaha YDP163 has keys with graded hammer action. It allows you to have a realistic "feel" whenever you are pressing the keys.

Specifically, the bass part of the keys has more weight compared to the treble. In short, it is using a similar mechanism to your acoustic piano.

Moreover, the graded-hammer action of the Yamaha YDP163 comes in three levels. The latter provides three types of sensors on the keys for enhanced user control. With this feature, you can augment the velocity that the keys should pick up!

Things to Consider Before Buying a Digital Piano 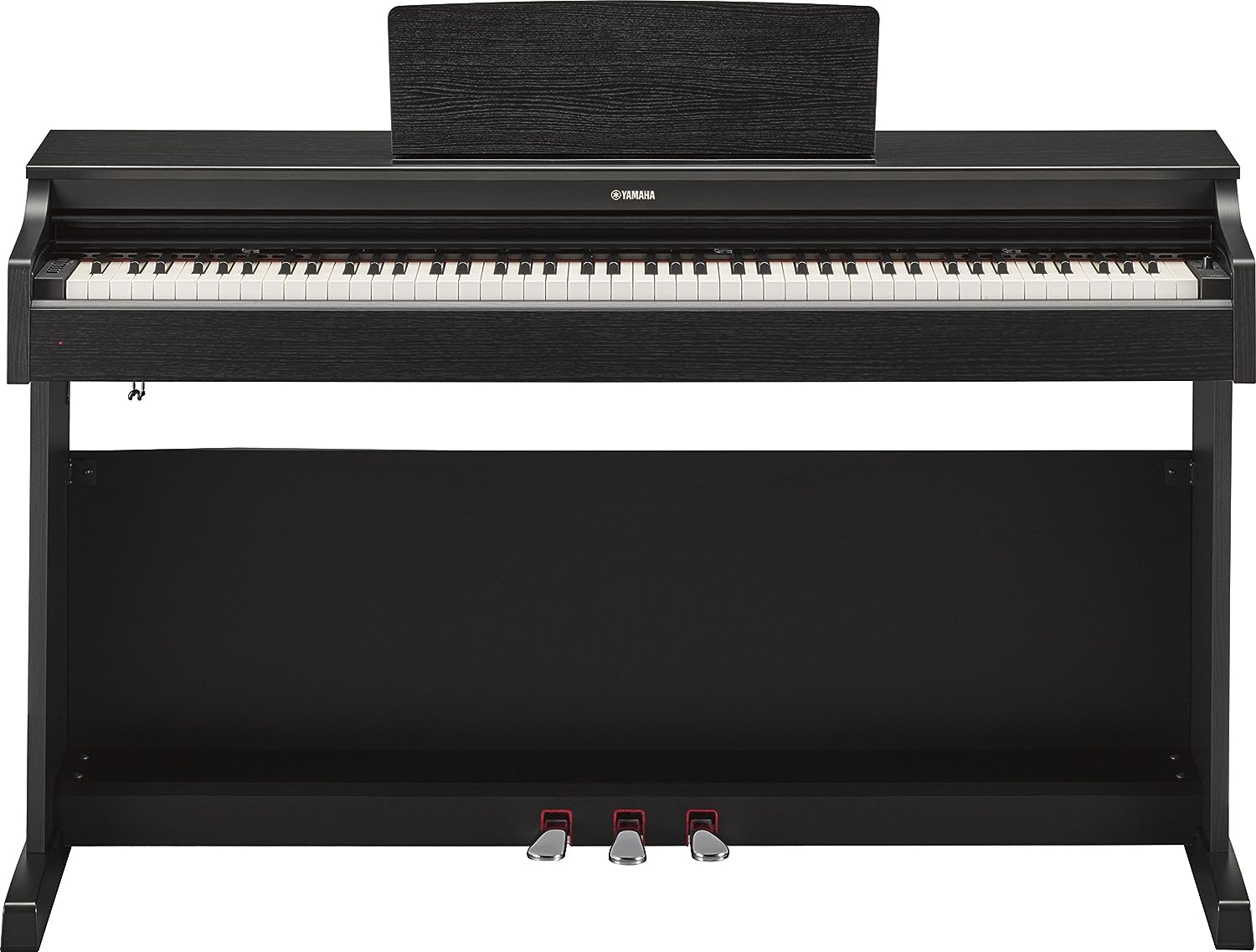 The digital piano cannot stand on its own, unlike acoustic or concert grands. Of course, the reason is simple.

It doesn't have those vast and complicated parts that are present on its "real" counterpart. But this is not an excuse for a digital piano to sound like it is a toy.

Manufacturers are using this technology called dynamic sampling to address this issue. Specifically, the latter is the recording and processing of sound for playback.

They would record sounds from different instruments and integrate it into the system of the piano.

In this way, the digital piano would be able to layer different voices into your music and playing style.

The polyphony is the accurate term used to gauge the capability of a digital piano to play complex passages. For example, classic pieces have an intricate chord progression and note assembly.

Therefore, you cannot expect that a piano with 32-note polyphony could keep up with it. Instead, you will just experience a lot of voice cutouts.

For beginners, a piano with low polyphony is not a problem. But for advanced practitioners, it is an issue already. Ideally, they should get a piano that has 128-note polyphony or higher to overcome such hurdles.

When choosing a digital piano, you should always pay attention to the keys. The quality should not feel "plastic" and cheap. Moreover, it should be responsive and have touch-sensitive features as well.

There are three models of piano that you can choose based on the number of the keys: the 61-key, 76-key, and 88-key digital pianos. You can choose any of them based on your skills.

For amateurs, they should get the 61-key or 71-key models. They have simple layout and interface. For advanced learners, the 88-key digital piano is a mandatory pick.

Furthermore, a premium digital piano should have weighted keys. They will allow you to experience what it is like playing with an acoustic piano.

Because of its quality, it is not surprising anymore that people love this digital piano. There are a lot of users who told that this piano has a professional performance.

Moreover, other people suggest that this is a great keyboard to hone one's skill. With its price, many pianists indicate that it is a good alternative for an acoustic piano.

Overall, the Yamaha YDP163 is a top-tier digital piano. It doesn't have defects and issues that you should be wary about. Instead, it will just give you the absolute pleasure and satisfaction in your play styles.

The features of this instrument are pretty vast. Therefore, there are a lot of intricate pieces and passages that you can explore with this digital piano.

Did you learn from this Yamaha YDP163 review? What are your thoughts about this digital piano? Tell us your answers in the comment section below!